The Mentone Flying Club was incorporated on May 13, 1957 and has operated successfully for a period of over 60 years. The MFC was founded to provide for its members a convenient and economical means of private flying. We are a not-for-profit, incorporated organization that functions under a set of by-laws established by its members.

History of the Mentone Flying Club

To the casual observer, Mentone Indiana may seem a typical Midwestern town, but there is more than meets the eye. Who would think that a small community of about 800 should have an airport with a blacktop runway, 14 hangars, fuel, lights, etc. or be the origins of one of the country’s oldest flying clubs?

Flying has never been new to the Mentone (and surrounding) area. Since 1940 the Mentone Airport was known as “Chick’s Landing Strip” and was located on Allen “Chick” Herendeen’s farm near Mentone. The considerable interest in aviation prior to World War II saw many Piper Cubs and Aeronca Champions doing their “thing” at “Chick’s Landing Strip” providing pilot training under the G.I. Bill.

In 1956 it dawned on the late Dr. Dan Urshel (past president of the National Flying Physicians), Dale Sinclair and Allen “Chick” Herendeen that they should form a flying club. Thus, the Mentone Flying Club Inc. was born. Incorporated on May 13, 1957, the club’s humble beginnings boasted nine members and a flyable and dearly beloved “Champ”. 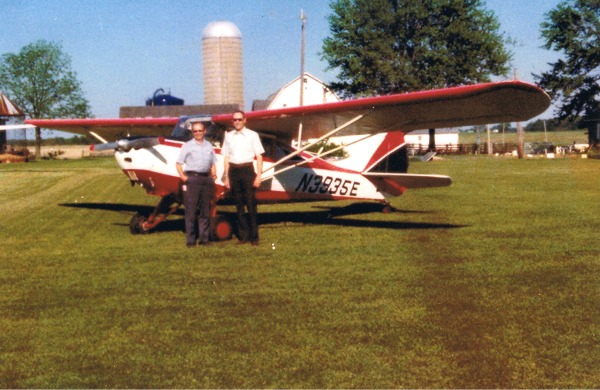 According to members, Herendeen was the “backbone” of the Mentone Flying Club until his death on July 15, 1979. He provided the facilities and hosted many of the flying events at the Mentone airport. After Chick’s passing, Harrison Crabill took up were Chick had left off and became the undeniable “backbone” of the club for the next 31 years.

In 1976, the airport and property were sold to Jerry Howell. He and his son, Jeff, were killed in an airplane crash between Mentone and Rochester in November 1978. His widow, Betty, ran the airport for about one more year and then sold it to Robert Clupper in the spring of 1979.

Hangars at the Mentone Airport (C92) 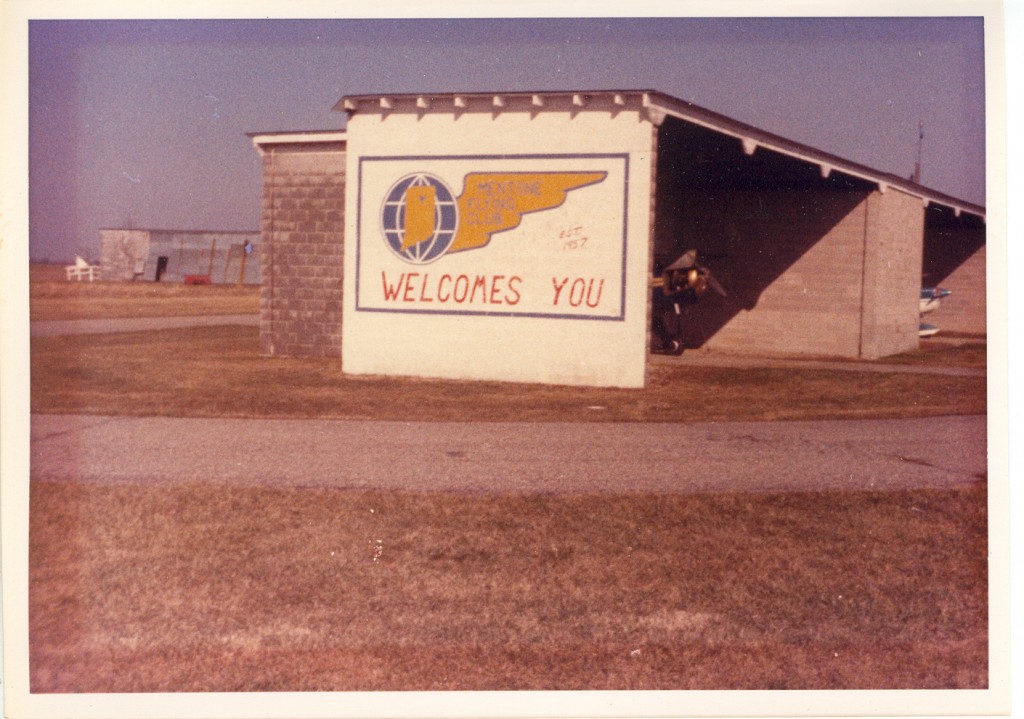 Clupper closed the airport in June 1981 due to financial difficulties and asked that all aircraft housed there be moved. Most of the aircraft were owned by people in the Plymouth, Warsaw, Argos, and Rochester areas. Clupper’s plan at the time was to tear down all the buildings and keeping it as a private strip.

Due to the closing of the Mentone Airport, the Mentone Flying Club moved its headquarters to the Fulton County Airport. The move was made on Father’s Day 1981, after more than 24 years at Mentone.

The club built an office and meeting room above the Midwest Air Service’s offices at the Fulton County Airport. The hangar was originally owned by Preston Ewen and Dan Rouch of Midwest. Three open air T-hangar’s housing the club’s airplanes were rented from Fulton County Aviation.

Bill Willard was responsible for the majority of the building of the room, with assistance from Harrison Crabill, Shaunn Lybarger, Francis Coplen, Al Shaeffner and Don Walls. In November 1982 the club members officially named the meeting room, “Chick’s Roost”, out of respect for how important he was to the founding and growth of the club. A portrait of Chick, donated by his wife Dorothy, was ceremoniously hung in the back of the room to commemorate the event. 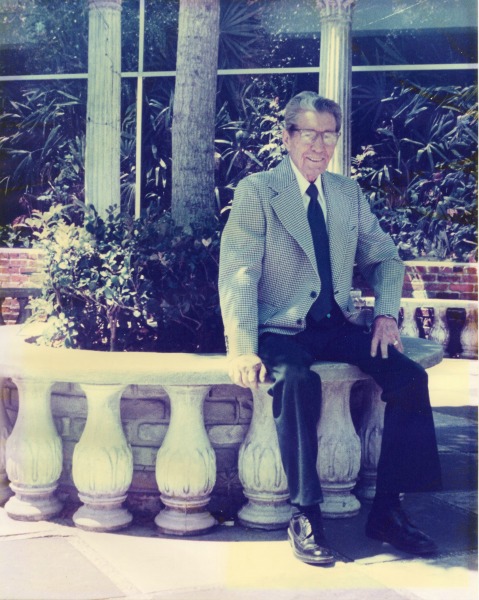 In November 1987 the club finally purchased Preston Ewen’s hangar, and officially moved three of the four place aircraft indoors. The second club hangar located to the north of the “main hangar” was purchased in October 1998.

In September 2000, Harrison Crabill, Mentone Flying Club member for over 43 years, and its president for close to 24 years passed away. In tribute to Harrison for his years of service and commitment to aviation, the membership voted to officially name the north hangar (which was one of the last contributions to the club Harrison oversaw) the Harrison “ACE” Crabill Hangar in November 2000. 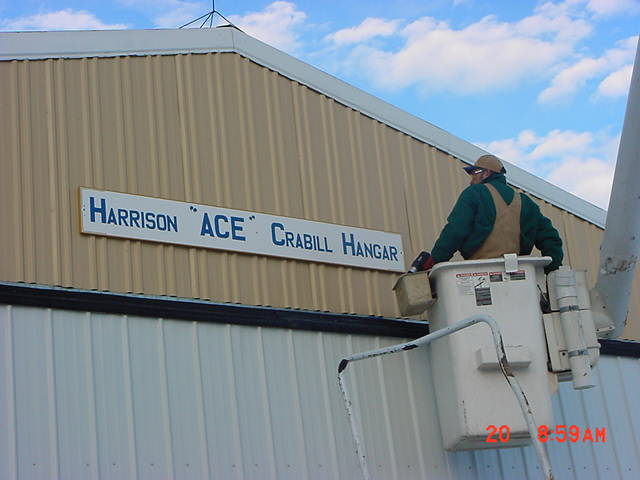 The Mentone Flying Club has grown over the years from six members to at one time 100 members. Over 500 people have received their pilot’s licenses while being club members. The current 70+ members of the MFC, come from all walks of life. A few are retired or active military pilots, others are medical doctors, business professionals, preachers, law enforcement, farmers, truck drivers, factory workers, and even high school students. Two club members have flown private aircraft for U.S. Presidents: Jim Ewen (former Marine) flew for President Lyndon B. Johnson and his wife, Lady Bird. Bob Eber, a corporate pilot flew charter trips for then-candidate Bill Clinton during his 1992 presidential campaign.

In 1980 several members made a trip to Alaska and flew along the Alaskan Highway. Club members have also made two trips to Central America, as well as shorter distance trips to almost every state in the US.

The club has operated successfully because of the good rules and regulations which all members must follow. The clubs charter is to provide its members with a convenient and economical means for private flying. The Club is a not-for-profit, incorporated organization that functions under a set of by-laws that are established by its members.